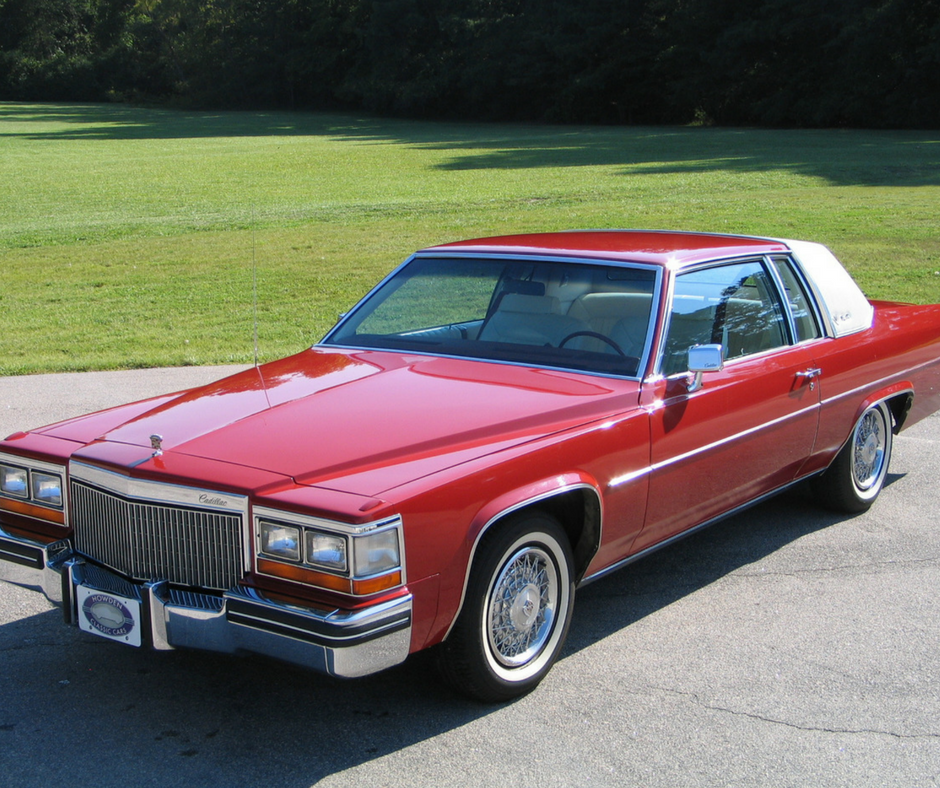 When I was little, my brother and I were best friends with another brother and sister duo, Stewie and Melissa.We loved building forts, going on adventures in the woods, and even formed our very own Sugar Creek Gang with a clubhouse and everything.

On this particular day, my family had invited Stewie and Melissa and their parents over for dinner.  Now this wasn’t just any old day. Today was the day my parents had picked up their brand new, Shaklee bonus car.

A beautiful, fire engine red Cadillac with a white rag top. This surely beat the old station wagon that we had been driving around.

While dinner was being prepared, the four of us headed outside to play. Somehow in our 7 and 8 year old minds, we thought it would be fun to see who could shoot the arrow the highest with my brother’s bow.  Stewie was first.  He pulled that old bow back as far as he could and the arrow soared into the air, practically out of sight.

When we finally caught sight of the arrow again, our eyes widened and our jaws dropped… we all simultaneously realized exactly where the arrow was headed… and there wasn’t a thing we could do about it.  That arrow dropped faster than a cow on ice and nearly impaled itself in the trunk of mom and dad’s shiny, new Cadillac.

Mortified doesn’t begin to describe how we felt.

This couldn’t be happening.

After several long speechless moments, we decided to handle the situation with solidarity.  After weighing our options, we took all the money from our club house as a peace offering, and went to have the difficult conversation with my dad.
We explained what had happened and stood with our heads held low avoiding eye contact.

It felt like days had passed before my dad finally spoke.

His response…“Well, that’s nothing that a little nail polish won’t fix.”

Over and over again, my dad has demonstrated being gracious and what it means to focus on what’s really important in life.

It’s so easy to get caught up in the little stuff that really doesn’t matter.  We major on the minors, and things get all out of whack.

Are there things that you’re making bigger than they need to be?

I know sometimes things are a nuisance. But what are those things that you’re majoring on?

-Money?
-A flat tire?
-Dropping your cellphone?
-Your kids writing on the wall?
-Annoying co-workers?

I invite you to pause, and step back for a minute, and ask yourself…is it really THAT important?

If it’s something “nail polish” will cover, move on and continue seeking the good in your day!

Until next time, Be BOLD.